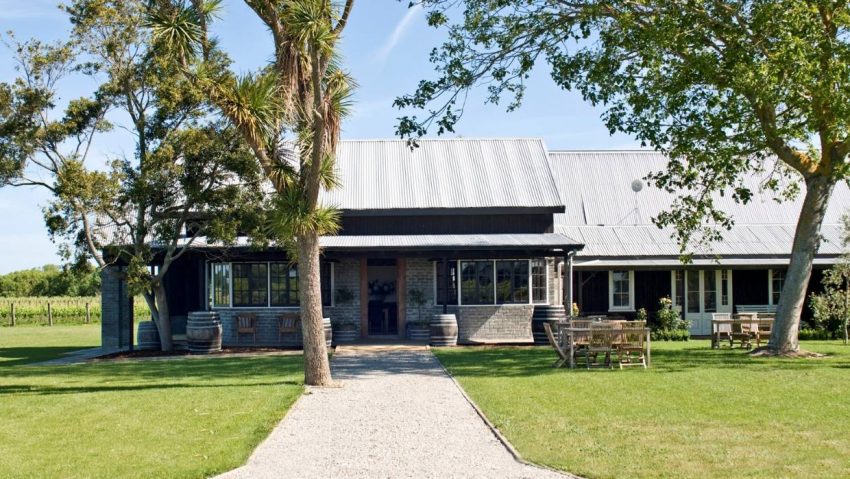 It has turned out to be a little run on chardonnay at the IWM; this time round a wine from a region where it is the dominant variety. Gisborne can often seem to get the short end of the straw in the NZ wine industry. It has been victim to multinational machinations that left many growers and labels high and dry, and then being somewhat tricky to get to, it’s too often not on the radar or itineraries of wine lovers. It’s a complex situation as there are plenty of good things going on: the abundant sunshine, warm climate and sheltering hills deliver generous ripeness and lush fruit expression to a remarkable range of varieties and there’s a dedicated bunch of wine people, including Riversun’s utterly lovely and indefatigable Geoff Thorpe and the quietly passionate grower Doug Bell, who has brought out the best in a veritable fruit salad of new (to NZ) varieties. However, the flipside is that as a region there seems to be little cohesion and a degree of passivity in how the local industry presents itself. There are a couple of higher-profile names but one seldom hears of regional events (even the local wineshow met its demise a few years back) and vines are coming out in favour of apples or kiwifruit. This seems a missed opportunity, as there are plenty of wine drinkers pining for the style of chardonnay Gisborne does so well – generous, receptive to plenty of buttery malo treatment – yet who is touting this to consumers?

One producer flying the flag is Matawhero Estate. Founded by Denis Irwin, Matawhero’s first wines emerged in 1975, with the 1976 Gewurztraminer winning fourth place in the World Wine Show in Paris, no doubt surprising a few Alsatians. This was the first of many accolades, both international and local, for its stable of wines, and there remain Matawhero wines from the late 80s and early 90s still with the capacity to surprise and delight. Denis, one of the industry’s most inimitable characters, handed over the reins in 2008 to the impressively dedicated and hardworking Kirsten and Richard Searle, who have revitalized the estate and in turn, named their flagship chardonnay after its founder.

The 2018 Matawhero ‘Irwin’ Gisborne Chardonnay $60 (13.2%) is a golden, fruit-rich wine. Ripe and expressive with rock melon, cashew and sizzled butter, the palate charts a similar path in a deftly handled, well-balanced style that it is luscious but never overblown. You see Gisborne’s ripeness and rounded weight but the finesse, fine thread of acidity and taut savoury finish keeps everything in line. A fitting tribute to Denis, who sadly died earlier this year, it shows the deliciousness that Gisborne can produce in the right, dedicated hands. Probably shows a lot more restraint than its namesake though.

This is an ambitiously priced wine, which will give it stiff competition, but it’s good to see the Searle’s emphatic stake in the ground of their view of Gisborne’s future.