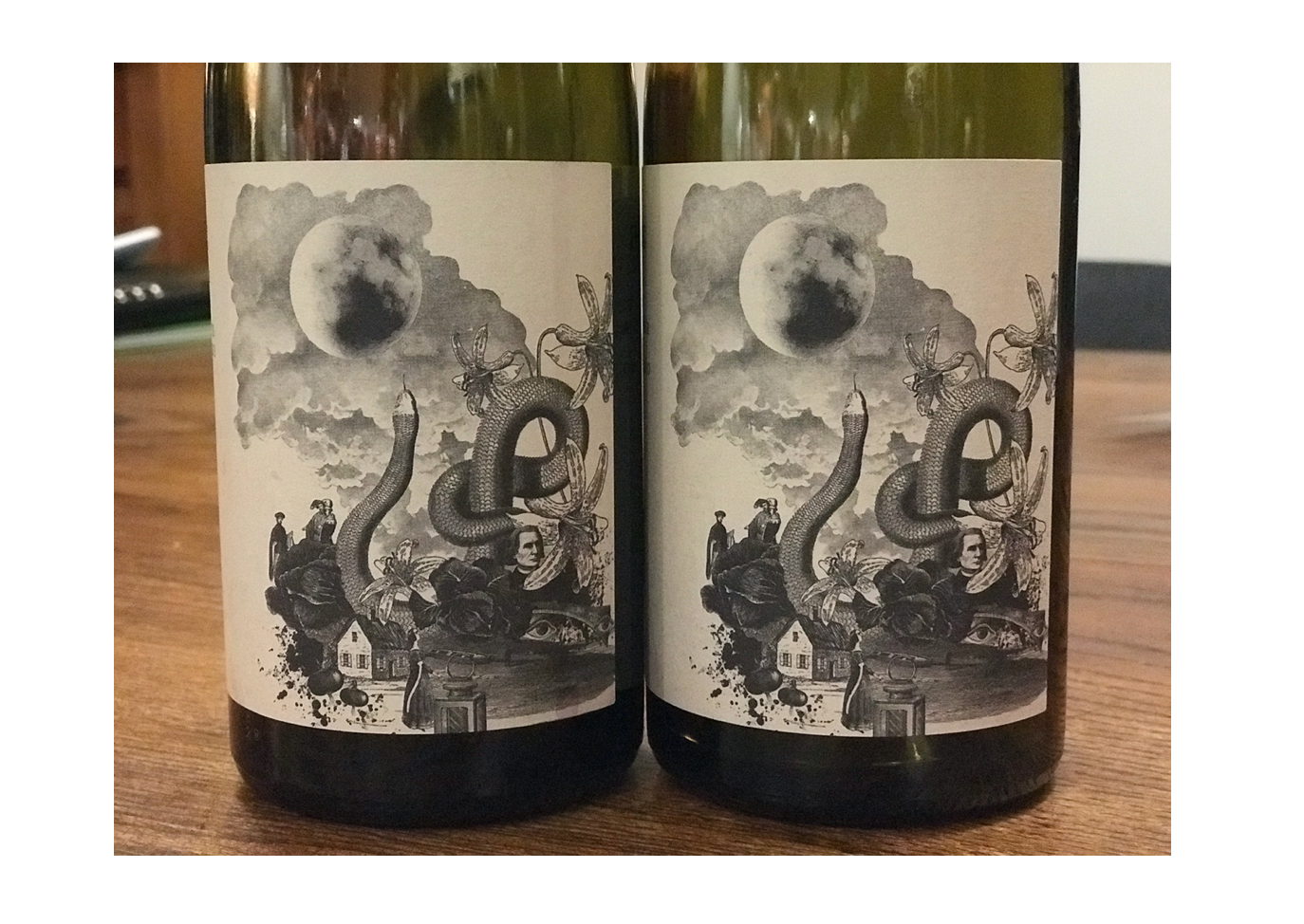 At IWM we eagerly anticipate the annual arrival of the new releases from Burn Cottage, a producer who has in a relatively short period of time, managed to carft some of New Zealand’s most thoughtful pinot noirs. These are definitely wines that benefit from cellaring, looking structured and restrained on release but with time in the cellar mature into quite special bottles.

Although we pride ourselves on being even-handed and fair, irrespective of how the 2017 Riesling Gruner Veltliner tasted, we could almost have awarded it 20/20 for the label alone.  Why don’t more wineries use toile de Jouy pink? So attractive. Earlier vintages seemed more fleshy whilst the 2017 is quite tight and tastes drier, the nose dominated by red grapefruit, lime blossom and white nectarine with some wet stone cutting in. Although the palate starts off succulent with very attractive green mango and ripe pear character, the strong thread of citrus acid makes its presence felt and the finish is crisp and racy. A curious wine, neither strongly riesling nor strongly gruner but seems to work.

Presumably the introduction of the Moonlight Race Pinot Noir was to keep Burn Cottage aficionados happy in the short to medium term whilst waiting for the main label to hit its straps. The 2018 Moonlight Race Pinot Noir benefits from the same careful approach that Burn Cottage takes, both in the vineyard and in the cellar, and has the same pure vividly fruited nature albeit on a slightly lightly, juicier style.

At first we thought we had been sent two bottles of the same wine (lucky us) but on closer inspection realised that one was from Burn Cottage’s home block and the other from fruit sourced from Valli’s Gibbston vineyard. The 2017 Valli Vineyard Pinot Noir is deeply fruited with an aroma of fresh blood and iron filings. Doesn’t sound appealing but it is. This gives way to a lifted lavender and rose petal scented nose with some just ripe damsons and red plums. The palate is at first silky and savoury, dense and fruit focussed on entry but as the wine crosses the palate a thread of tannin emerges. Very alive and poised. By contrast the 2017 Pinot Noir is more deeply fruited with less of the lifted florals but more rich doris plum and ripe raspberry characters. Dried herbs with some black tea and star anise. too. A more fleshy, dense interpretation of pinot noir, deceptively lush on the palate, until the tannins start to build to give a savoury cinnamon kick on the finish.