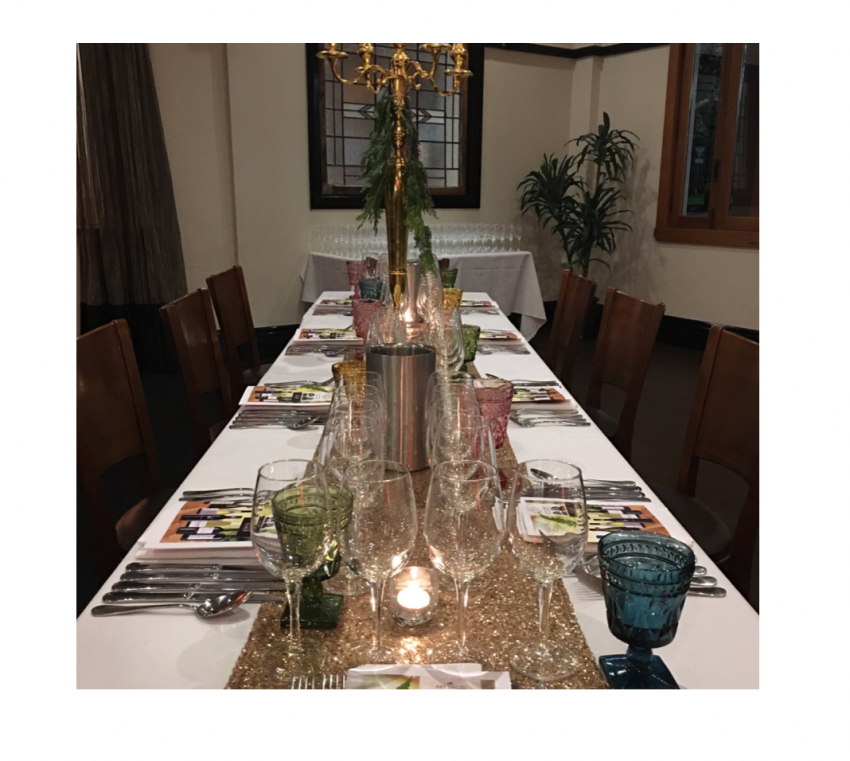 Food and Wine Classic Hawke’s Bay (FAWC) was started in 2012 and has grown from an event that was held annually to one that has two full months of activities in both November and June. I like that events are priced right across the spectrum; for example from a food and wine matching session at Elephant Hill ($45), up to a dinner prepared by Peter Gordon at Craggy Range ($275). I was asked to host an Aged and Rare dinner at the Masonic Hotel Napier, pairing the food of executive chef, Damon McGinniss with 16 wines. It was a great evening. Damon’s food was fantastic – normally I’m a bit wary of food and wine matching dinners because they can suck all the fun out of what should be an enjoyable experience. But the food was beautifully judged – the light as air texture of the sweetcorn mousse that supported the crayfish worth the hair raising flight from Auckland alone.

The 40+ guests were a lively bunch, asked plenty of questions, gave forthright opinions on the wines and generally seemed to have a good time. Some of the wines weren’t exactly rare but F&B Manager Shaye Bird had included extra ones he thought would be interesting to taste and to show how the potential of young wines can translate into mature properly cellared ones. It was, as my friend Mary would have said, an evening of treat jostling with treat.

Trinity Hill H, Hawke’s Bay : No longer made. 100% chardonnay, traditional method. Quite an austere style despite the stated dosage of 8g.

Crayfish and corn cocktail with scallop tartare
2014 William Fevre Chablis, France : Tight and focussed. A great way to start and a wine that provided a god contrast to the bigger, oaked NZ styles that followed.
2015 Fromm Clayvin Vineyard Chardonnay, Marlborough : Looked quite shy when first opened, definitely a more subtle style. But was my favourite match with the food. The crayfish in particular was so fresh and delicate it tended to be slightly overwhelmed by the Hawke’s Bay wines.
2015 Church Road Grand Chardonnay, Hawkes Bay :  A bigger framed, full throttle style, still a baby, the oak and fruit sitting slightly apart. Needs time. I found it overwhelmed the food but it was the clear favourite on the night.
2010 Villa Maria Library Release Chardonnay : beautifully aged, the struck match notes now harmonious with the fruit and oak. Great length. Delicious

Smoked duck, confit of duck and duck parfait with a pinot noir jelly
2011 Escarpment Te Rehua Pinot Noir, Martinborough : undoubtedly a great wine but looked a tad angular on the night. Not sure consumers are in love with whole bunch styles as much as winemakers and judges.
2013 Pegasus Pinot Noir, Waipara ; generous, rich with a soft marshmallow texture. Deeply fruited and enjoyed by all.
2012 Seresin Raupo Creek Pinot Noir Marlborough : looking good though was shy at first. Lovely texture and poise.
2010 Valli Gibbston Vineyard Pinot Noir, Central Otago : I had to stop myself from drinking the whole glass (I still had six more wines to present). Absolutely singing on the night; beautiful forest floor and truffle sitting alongside some primary fruit. When Gibbston gets it right, it is just so right.

Kangaroo consommé, cauliflower tortellini, smoked eel salad
2014 Henschke Keyneton Euphonium, Barossa : a bit of an outlier. A couple from NSW Blue Mountains loved having a taste of home but this was a wine to enjoy by itself not compare with the Hawke’s Bay wines. Big, polished, generous yet not too OTT.
2014 Trinity Hill Homage, Hawkes Bay : I’ve had this vintage of Homage a number of times and like it more every time. I struggle with other critics describing this wine as powerful; it has persistence and density for sure but the lasting impression is of grace and beauty, not of power and grunt. Needs much longer.
2008 Dry River Syrah, Martinborough : simply delicious. Lighter than the Homage with a beautiful violet and lavender character. Silky tannins. Perfect now

Wakanui Blue grain fed beef, truffle mushroom puree
2013 Te Motu Dunleavy The Strip, Waiheke Island : hadn’t tried this wine before but it looked lovely and fresh on the night. Ripe, with silky tannins
2014 Tenuta San Guido Guidalberto, Italy : a detour into Tuscany, the wine looking a bit tannic and grippy on its own but with the beef? Magical.
2008 Craggy Range Sophia, Hawkes Bay : a great finish. This is looking perfect right now; integrated, polished.

Shaye and his team did a perfect job decanting all the bottles then pouring and clearing what seemed to be hundreds of glasses and plates. All done with skill and grace. The only slight wrinkle was that I had booked an 8am flight home so couldn’t luxuriate in the magnificent bedroom I had been allocated.