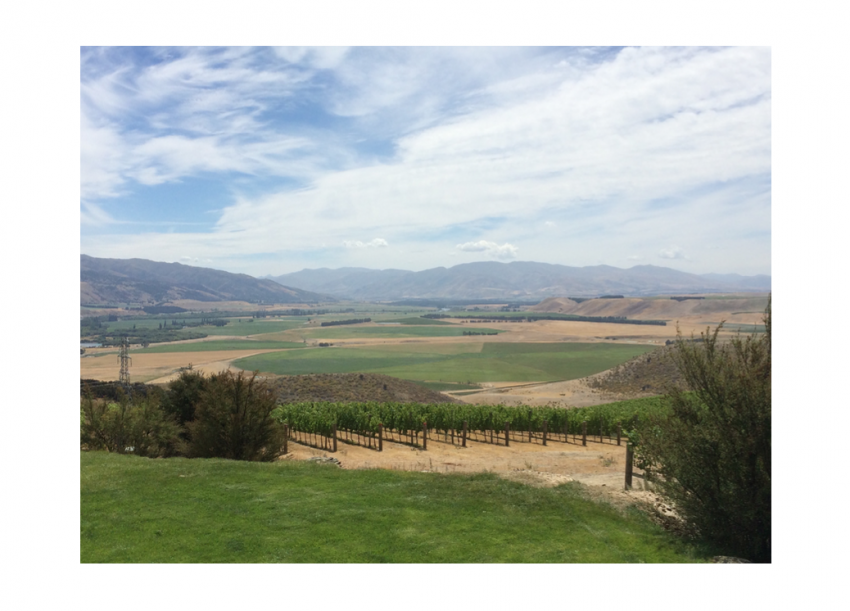 Until relatively recently one could have named the top three wineries in Central Otago and not received much by way of argument. But today the landscape is much richer with a number of wineries making wines of exceptional quality. Prophet’s Rock is such an example. Although the wines always showed promise, in the last few years Paul Pujol has driven the quality of the wines and the profile of the estate so that it ranks as one of Central’s best. Pujol is a pretty laidback character (unless he spots the incorrect use of an umlaut on gewurztraminer, the diacritic he feels should be reserved for Motörhead and Comte Georges de Vogüé).

The 2018 Pinot Gris is proof that with some care and attention, pinot gris is capable of making wines of character and balance. Paul Pujol takes a serious approach to this much-maligned (at least in NZ) variety. Quite subtle on the nose with nashi pear and baked apple and with time in the glass opens up to give some mandarin notes. There is a wee hint of biscuit too. The palate is off dry, generous and sweetly fruited though has poise and balance keeping it tight and focussed.

With its snappy title and deep rosé colour one could be forgiven for thinking the 2018 Infusion Pinot Noir is the Prophet’s Rock foray into the vermouth market. Instead, it is a novel approach to creating a lighter style of red – halfway between a rosé and a true red. With its vivid colour, juicy cranberry-infused flavour, dry savoury texture and just a wisp of tannin, it is a wine best served cool. The 2019 Rocky Point Pinot Noir is highly aromatic with plenty of redcurrant, red plum and some dried rose petal too. Softish tannins but quite firm acidity give this wine a juicy, crunchy character. A bright, fruit-focussed wine that hasn’t been overworked so whilst it is very approachable, even at such a young age, it retains a good degree of interest.

When first opened the 2017 Home Vineyard Pinot Noir had a distinct whiff of reduction but once poured this soon disappeared. A big step-up in concentration with a complex array of aromas: leaf tobacco, sweet spice, morello cherry and black doris plum with plenty of smart new oak in support. The palate is saturated with fruit, layers of flavour and silky tannin create a powerful weighty style of pinot noir that has impressive depth and length, with plenty of freshness too.  Very true to its Bendigo roots, with impressive power and heft. Already fairly approachable but with some more time would be even more delicious.

Pujol’s friendship with Francois Millet, Maitre de Chai at Comte Georges de Vogüé, was the genesis for the Cuvée Aux Antipodes. Admittedly from a lighter vintage, the 2018 Cuvée Aux Antipodes Pinot Noir has a distinctly more subtle, toned down character than the Home Vineyard pinot. A savoury, red-fruited wine with a deceptively structured palate. There is plenty of Central’s vivid fruit but it has been harnessed to give a wine of complexity and charm.

These two pinots provoked much discussion as to whether one was ‘better’ than the other. In the end we agreed they were very similar in quality but quite different in style. One is a great deal more expensive than the other but in many ways, it’s the personality of the wines that makes for the most fascinating comparison (and interestingly, one echoed in the experiments of Valli and Burn Cottage’s fruit swaps, and perhaps in the earlier incarnations of the trio of Calvert Vineyard wines from Felton Road, Pyramid Valley and Craggy Range). These two wines ultimately seem to express the characters of their winemakers, neither of whom unduly impose their egos upon a wine.

This was an impressive set of wines with all scoring highly. The four pinot noirs were very different in style and ambition which is a refreshing change from producers whose wines become just more concentrated and oaky as the price increases.

Our only slight criticism would be the price of the Pinot Gris – at $39.99 rrp this makes it one of New Zealand’s more expensive examples. And whilst there is absolutely no question we should pay a realistic price for wines made from carefully-farmed vineyards by thoughtful winemakers, one has to wonder if it might be an uphill battle to convince pinot gris drinkers to spend as much as they might have done on chardonnay, given how conditioned they are to expect the simple, fruity, cheap-and-cheerfuls from this variety.