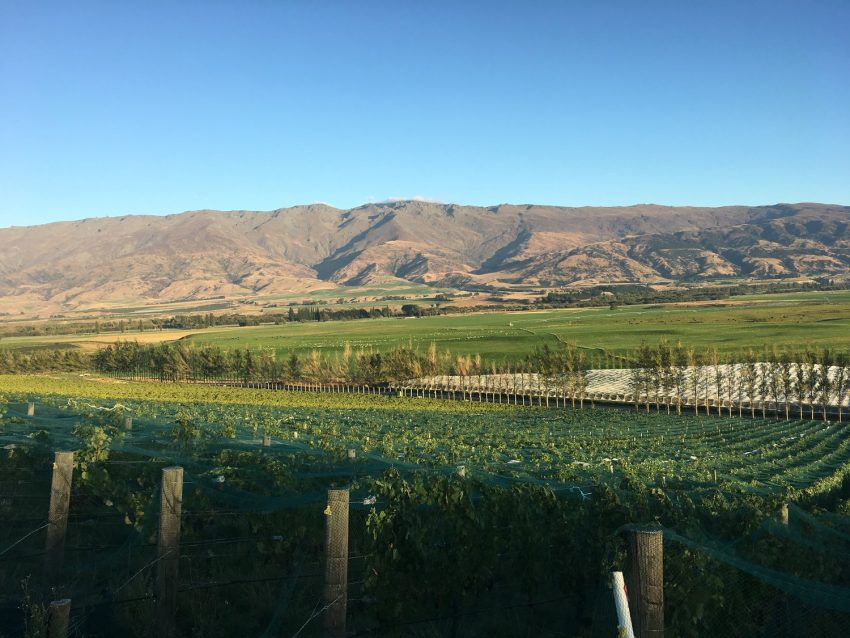 It’s pretty hard not to like Quartz Reef’s founder and winemaker, Rudi Bauer. His irreverent dry humour is endearing, and the affectionate esteem in which he is held in Central Otago speaks volumes of his role as pioneer, champion and mentor (he was the deserved recipient of last year’s Gourmet Traveller WINE Leadership Award). In 1996, Rudi established Quartz Reef. Pinot noir, chardonnay and pinot gris vines were planted in 1998, and the sloping close-planted 15 hectares became the first vineyard of the Bendigo subregion (it now makes up some 25% of Central Otago’s growing area). Conversion to biodynamics began in 2007 and gruner veltliner was added in 2008. To celebrate Quartz Reef’s 21st birthday in October 2019, the following two wines were released as a pair in a commemorative box.

The 2010 Quartz Reef Late Disgorged Vintage Methode Traditionelle is a special library release of 500 bottles, made from 93% chardonnay and 7% pinot noir, aged on lees for 8.5 years. It has a complex, autolytic nose though bright chardonnay (lemon, apple, acacia flower and honey) fruit shines through. It’s surprisingly taut and dry considering the richness of fruit and autolysis, clean and fresh as a daisy, showing lovely balance with a long, savoury finish. There’s plenty of depth and complexity with a long, mineral core. Very smart, amply demonstrating why Quartz Reef’s sparkling wines have long been acclaimed.
The 2017 Quartz Reef ‘Otto’ Bendigo Estate Pinot Noir is made from fruit from the ‘Royal Block’ a parcel of vines at the easternmost end of the vineyard (wines made from it are named for Austrian royals) and has a dense but subtle fruitcake of a nose with dark cherry, chocolate, allspice and smart oak. This is at the darker, bolder end of the Central Pinot spectrum but has been made with great skill and finesse so it’s never in any danger of overt opulence or clumsiness – it all just fits together too well. The palate is rich and mouth-filling with lovely layers. A pleasing backbone of acidity and firm tannins (both oak & fruit) is well-integrated and knitted into the wine even at this youthful stage. Very seamless with good length, there’s impressive build across the palate. Structured, intense and complete, this is certainly a wine that should repay patience.

Bendigo is a tricky subregion to get right, its (relative) heat and exposure can render it chunky and charmless at times but Rudi is very much amongst the safest of Bendigo hands. The alignment of his experience on his site and winemaking skill have delivered a fitting tribute to the vineyard that put the subregion on the map.