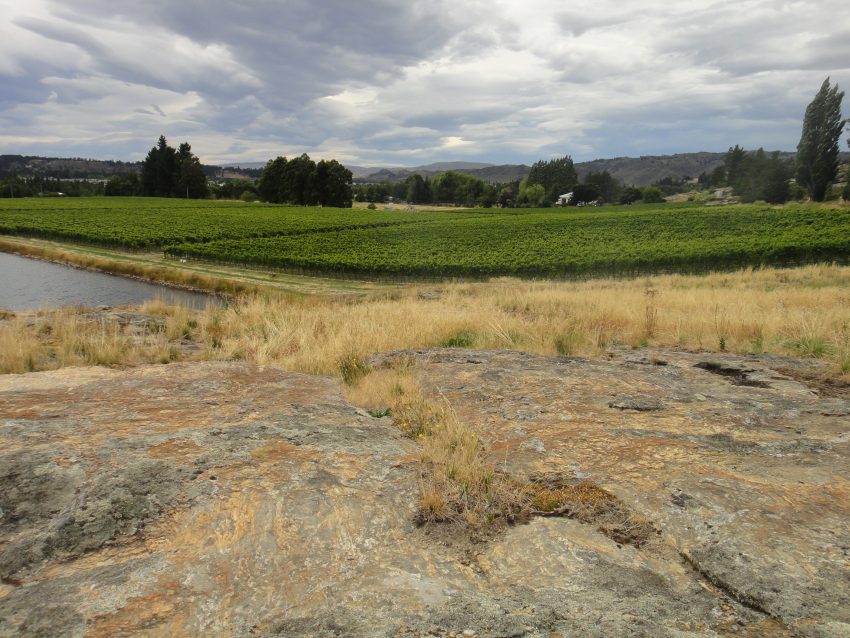 Central Otago’s Grasshopper Rock is located in Alexandra, a sub-region chosen (according to the GR website) for being the most world’s most southerly, the driest in NZ, and the one that experiences the biggest diurnal temperature shift (Alexandra has also recorded New Zealand’s hottest and coldest temperatures). Extreme to say the least.

So it always comes as surprise to meet Phil Handford, one of Grasshopper Rock’s owners and who is the ‘face’ of the winery. A former banker, he is thoughtful and unassuming, content to let his wine do the talking for him.

Grasshopper Rock planted its first vines in 2003 (38,000 in case you were wondering) and in the last 17 years has focussed on producing one pinot noir, a single vineyard wine off the Earnscleugh Road site. Whilst others in the region have extended their portfolio through single vineyard or second label bottlings, the Grasshopper team have resolutely stuck to making one wine. When visiting the vineyard (there isn’t a winery, the wine is made by Pete Bartle at Vinpro), the subject of a reserve or single block wine is often discussed but Handford is of the opinion that separating out some of the fruit would impact negatively on the main label.

The 2017 Earnscleugh Pinot Noir is showing a little ageing on the rim and has an exotic aroma reminiscent of those dark chocolates that contain a cherry soaked in brandy. The wine was quite juicy and red fruited when first opened but seemed to take on extra flesh and a distinctly darker character as it sat in the glass with some dried thyme and morello cherry emerging. There is no influence of stems, instead this is a wine that is content to let its pure, vineyard character shine. There is an attractive savoury undertow, a nice vein of bright acidity and a little tannin to add texture. Not a particularly concentrated nor intense wine, perhaps reflecting that 2017 was the region’s coolest vintage in 15 years, but it’s a delightful, pinot noir that remains one of NZ’s great bargains.

Why Grasshopper Rock? The vineyard’s namesake is the rare Sigaus childi grasshopper, found only in Central Otago and almost exclusively within the old Earnscleugh gold tailings, found across the road from the vineyard.