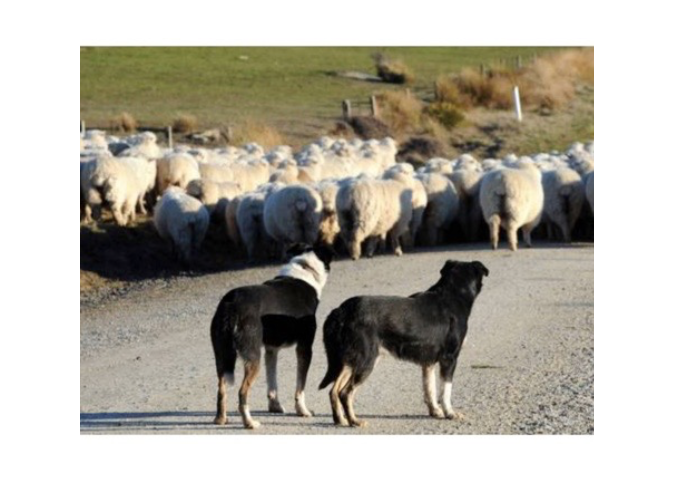 “Don’t worry, they won’t ask many questions” said Natalie Potts, NZ Winegrowers Asia Marketing Manager. I was in Beijing teaching NZW wine education courses and was getting used to students who focussed intently on learning but whom were quite shy about speaking up. So I was taken aback when one sommelier asked me to rank the sub regions of Central Otago in order of coolest to warmest and to describe the characters of each. My first reaction was ‘squeak!’ My second, slightly more useful one, was to email Jen Parr and ask her what she thought. Thankfully Jen emailed back almost immediately, I had a discussion with the class about sub-regionality and we carried on.
But it set me thinking just how quickly the landscape of NZ wine has changed. Whereas 15 years ago I might have struggled to find much to differentiate entire regions, nowadays is it no longer realistic to expect to find the wines of a particular region to conform to a stereotypical style?
I was mulling over these thoughts when I received an invitation to attend Mineral Wine’s ‘Central Muster’, a tasting showing the Central Otago wines in its portfolio. All three winemakers; Claire Mulholland (Burn Cottage), Blair Walter (Felton Road) and Duncan Forsyth (Mount Edward) were there and this collaborative and open approach worked well. (Who hasn’t been to a tasting where the winemaker poses the inevitable question “who likes this wine?” and an awkward, silence ensues. Much gazing at the carpet or rustling in handbags).
Here the winemakers were able to banter between themselves, pose questions and keep the whole show on the road. To remind us that Central is not just a one-trick pony we tasted three whites before the pinot noirs.

2015 Burn Cottage Gruner Veltliner : Off 0.25 hectares of vines, two clones planted in 2009. Gently aromatic; not so much of the white pepper but more yellow plum, soft green herbs. Attractive mineral texture, teensy hint of dissolved CO2, lime and grapefruit. Carries 7g residual well but plan is to ‘push things next vintage’ and see if wine can be made in slightly drier style.
2015 Mount Edward Albarino : Lovely concentrated aroma; grapefruit peel, freshly squeezed lime. Arresting on the palate; acid attack on entry, firm and crystalline, then a slightly chewy, grippy texture, presumably from the 25% skin contact. I found myself going back again and again to this wine as the texture made it so appealing.
2014 Felton Road Bannockburn Chardonnay : Lovely lifted aromatics; definitely showing new oak though subtle – nougat and bran biscuit – with just-ripe nectarine and red apple underpinning. Very light on its feet; silky texture, not at all worked. Pretty.

Mount Edward Winery
2014 Wanaka Road : brightly fruited; red cherry and raspberry with a nice touch of dried herbs. Silky and supple, not particularly complex but very approachable and eminently drinkable.
2013 Mount Edward : very perfumed, with real concentration on the nose. Just starting to nudge into the dark fruit spectrum. Shows grip and structure. Definite spine of tannin. Apparently about 20% whole bunch – this gives the savoury note. Great length.
Duncan also brought along two 2014s – Clone 667 (full of dried herbs, densely fruited) and Abel (deeper colour but more bright red fruit) which were both 100% whole bunch ferments. He believes that if the stalks are ripe, then the fruit can take it and the result is wines that are softer and more voluminous.

Felton Road
Blair showed a number of 2014s, a vintage he described as “good – warmer nights mean perhaps a slightly softer acid line but still a 9/10 vintage”
2014 Bannockburn : pale ruby. Sitting firmly in the red spectrum; strawberry and raspberry. Sweetly fruited with powdery tannins. Low key and restrained.
2014 Block 3. Step up in concentration. Bigger tannins too, chewy and dense. Fruit edging towards darker spectrum. Line of acidity running through – almost a wet stone, quartz-like edge to the palate. Lengthy.
2014 Cornish Point : From the Eastern end of Bannockburn. Highly aromatic and sweetly fruited; cherry +milk chocolate. Silky tannins and a slippery texture. Hint of blood too.
2014 Calvert : Tighter and less flamboyant than the Cornish Point. Grippier and more buttoned-down. But shows excellent persistence of flavour and length – look again in another couple of years.

Burn Cottage
2014 Moonlight Race : the first release of this junior label. Appealing and approachable; red fruits, gently tannins. Soft and sweetly fruited
2013 Burn Cottage : tight and restrained. Cinnamon spicy edge to nose. Redcurrant and raspberry. Not a big wine but with a savoury backbone and a firm line of tannin. Very attractive.
2012 Burn Cottage : just starting to show some savoury secondary notes; perfumed, lighter toned . Pretty and appealing, the shorter than expected finish the only clue that 2012 was not a stellar vintage
2010 Burn Cottage : Chewy and dense. Evolving well, dried herbs and a touch of chinese medicine chest.

My impressions, when I read over my notes later, is that Central Otago is indeed undergoing a period of stratification. The less expensive wines within each winery’s range are the bedrock and afford an opportunity for winemakers to produce pinots that do seem to stay for the most part within the popular Central framework; richly fruited, generous, not too tannic but with a degree of structure and firmness giving support. Perhaps not showing much by way of complexity but definitely wines that won’t alienate the region’s solid fanbase.
But layering over this foundation are the single vineyard/plot bottlings where the winemaker is able to experiment. Commanding a higher price, these are wines that have savoury rather than abundant fruit, more tannic grip, perhaps an element of whole bunch, giving tighter, more defined palates. Definitely needing time in the cellar. These wines don’t shout ‘Central’ – they whisper it quietly, whilst offering something more. I’m off to the 2016 Central Otago Pinot Celebration, as a guest of COPNL, next week so will be able to report back on this further.